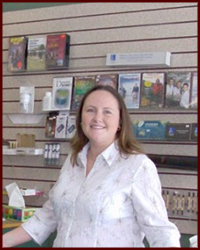 Angela Mackay has been piping for over 30 years in both pipe bands and solo competition and has been teaching for over 20 years.  Angela has competed with pipe bands at every level and has spent many years as one of North America’s top amateur soloists before stepping away from competition to start a family.  During Angela’s competitive career, she won Ontario Champion Supreme titles in every grade and numerous Piper of the Day honours as well as awards in international competition.