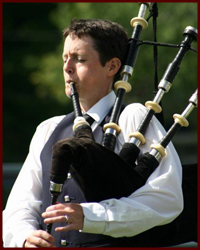 Lynda has been teaching the bagpipes and leading Pipe Bands for over 20 years.  An accomplished soloist and band player, Lynda has won numerous solo and band prizes across North America and Scotland.  In 2000, Lynda joined the faculty at The College of Piping and Celtic Performing Arts of Canada in Prince Edward Island where she taught piping full-time, led pipe bands and performed for just over five years. Following her time in PEI, Lynda took on the role as Pipe Sergeant of the Grade One Peel Regional Police Pipe Band for three years and as a player with the band for nine years.  Currently, Lynda is teaching privately and is an accredited PPBSO Adjudicator based out of Hamilton, Ontario.